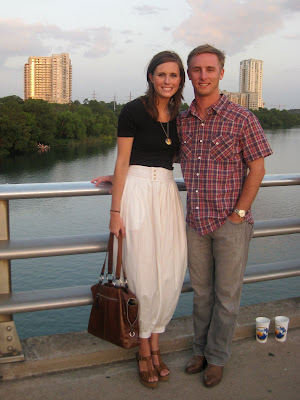 Hello to our readers all over the U.S.  Greetings to our readers in Kenya, India, Tibet, and Malaysia!  Just kidding, let's be honest....Hi to our moms!

I'm Sara.  I'll be the narrator of this experiment.  I know this for a fact because writing is "painful" for my husband, Chris. We're the Walkers.
How did we meet, you say?
Well, I'll tell you.  Chris and I met at the University of Alabama.  Chris is from Greenville, MS and I am from Birmingham, AL.
You wanna know all the details?  Okay, fine...
I was a freshman and he was a senior.  We had mutual friends and were both involved in Campus Crusade for Christ.  We had mutual respect for each other but didn't notice each other romantically until after he graduated December of his fifth year, and I was a sophomore.  The truth is, up until this point he had a really nerdy haircut so I never considered him.  He never considered me because I wa 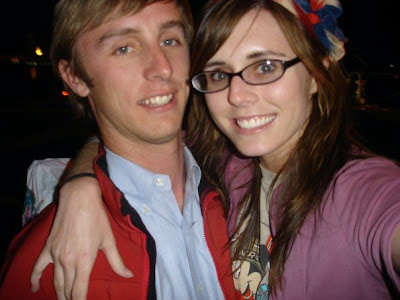 s "weird".  You see it is crucial to know that when Chris and I met, he was rather preppy and a redeemed frat-star.  Though I was in a sorority, I resisted the culture and scoffed at the ways of fraternity boys.  I am a dancer, and my freshman year was probably the height of my self-expression.  This involved wearing skirts over jeans, multi-colored socks with stilettos, hoodies- with the hood on my head, over-alls...I think you catch the drift.  Thus, I thought Chris was a prep and he thought I was weird.  It's only the natural order of things.
Nonetheless, we became friends.  I always looked up to him.  He was the guy my friends and I would call for directions or to change a tire---cause he's just that kinda guy.  He was a student leader in Campus Crusade (Campus Crusade is a Christian college ministry that can be found at most campuses in the U.S. and around the world).  He was the perfect guy, except that nerdy haircut.  Anyway, so we got to be good friends and then bonded over a Campus Crusade Christmas Conference in Atlanta.  God flipped some sort of switch, and we began to like each other.  He asked me on a date shortly after.  We started dating, and I quickly began cutting his hair myself...restoring him to his hottie-potential. 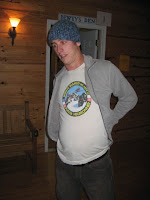 He started wearing cooler jeans and vintage t-shirts, I stopped wearing skirts over my jeans and even experimented with a pair of tempo shorts.  Let's just say we met in the middle on the major issues (just kidding) and fell in love.
Then I moved to Los Angeles...
We had been dating about 6 months before I moved to Los Angeles.  I told him on our first date that I would probably be moving to L.A. that summer, but he didn't believe me.  He thought he could charm me into staying.  When, actually he charmed me into going!  I had aspirations of moving to L.A. to dance professionally since the ninth grade.  I never dreamed some frat guy from the U. of A. would stand in the way of that!  So when I realized I liked this guy...like, I might even want to marry him, I figured I better go fulfill my dreams now, while I still can.  So I moved to Los Angeles.  We continued dating while I was there. 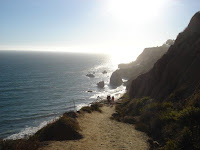 Every few months he would ask me to move home.  Finally I concurred and began to make arrangements to move home in August 1 year after my arrival date.  After all the arrangements were in place, our relationship began to be on the rocks.  Yikes!  I was giving up my dream and we might not even make it!  How can I go back to life in Tuscaloosa now!  He flew to L.A. to help me pack, then we flew to Colorado where he had been for the summer and we got in his car to drive home.  I cried the whole way home.  It was miserable!  I know God had to have a good plan for us, but I couldn't imagine it! 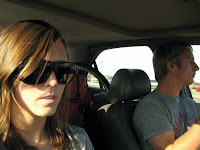 Well after that, the Lord just sorta worked things out.  We got along great once I was back in Tuscaloosa.  We knew we had done the right thing and we knew we wanted to get married.  Tah-dah!  We were engaged 3 months later November 6th...or wait was it the 8th?  Hmm.
We were engaged for 7 months...
I was in my senior year at Bama, and Chris was on staff with Campus Crusade at UA.  We did pre-marital counseling with our pastor from Trinity PCA Church in Tuscaloosa and his wife.  They are amazing and God blessed our time!  We had to work through some tough issues, but we highly recommend counseling!  In addition to our counseling we read and skimmed books like:  Saving Your Marriage Before it Starts, For Women Only & For Men Only, Intended for Pleasure, and Sheet Music.
We got married in July of 2008!
We got married at my parents church in Birmingham, Alabama.  Yipee! 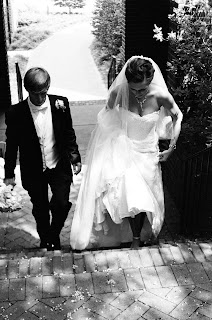 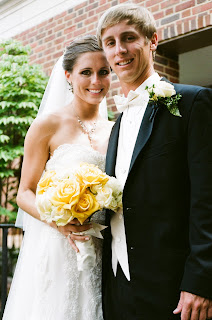 Photos by Cary Norton
(full album here)
Honeymoon...
We went on our honeymoon in Playa del Carmen, Mexico at the El Dorado Royale resort.  We highly recommend it.  And we highly recommend choosing a resort that is adults only and all-inclusive. 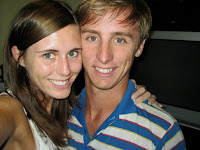 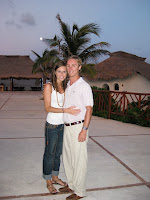 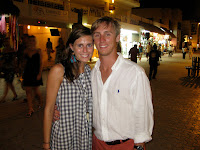 We now live happily in my hometown of Birmingham, Alabama.  I work as a free lance photo stylist for magazines like PORTICO and flower magazine, I work at a clothing store, and I teach dance.  Chris works for South Cypress, an online flooring company.  More to come....

...if you likey to readee then postey a commenty...
Posted by Sara Walker