There is a multi-part trade/shuffle of appliances happening in our household.

If you read the post "All shiny and (almost) new:  Dishwasher" then you might be familiar with these trades.

In short, Chris works for a moving company, so he is often first to know when their customers want to sell or give anything away.

One lady was selling a bunch of state of the art appliances for dirt cheap.  So we bought her dishwasher and refrigerator.  We have already installed the dishwasher, and boy does it look sharp!

We traded the fancy built-in refrigerator (it was a little over-the-top for our kitchen) for my sister's 1 yr old washer and dryer, since they were moving. 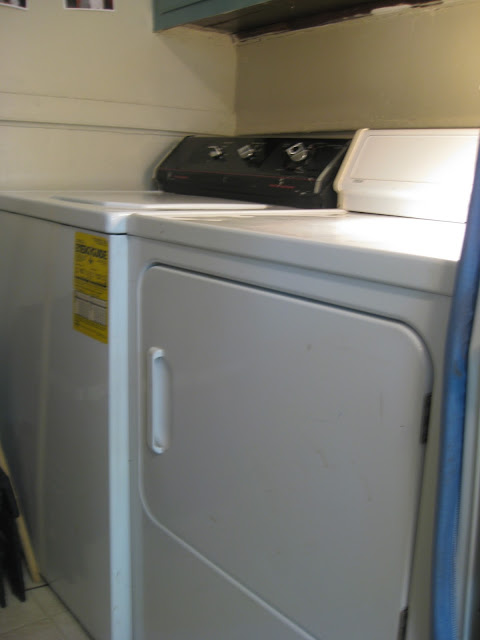 Beautiful aren't they?
The washer and dryer are in working condition, but the load sizes are really small.  We found out our washer is from 1992!  Nobody wants to buy it, so we're just gonna take it to goodwill.  Chris even took it to this little old lady's house and installed it for her.  After it was installed, she opened it up and looked inside and said, "That's too small, I don't want it!"
Chris:  "Are you sure?  What if I give it to your for cheaper?"
L.O.L. (little old lady):  "No!  I don't want it!"
Chris:  "Well, I'll just give it to you for free then."
L.O.L.:  "No, please just take it away!"
So Chris proceeded to move the thing back out of her house and down the stairs, and knocked over a statue on his way out!  What a pain!
After we moved them out, it was pretty nasty under there so I did a little cleaning.  I'm not really a clean freak, but I always clean under things when we move them, because when else are you gonna get the chance to get it clean?  I even finished painting the trim back there, just for good measure. 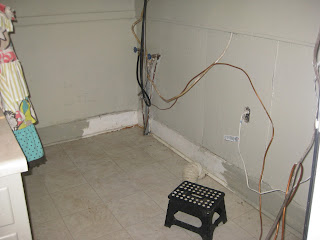 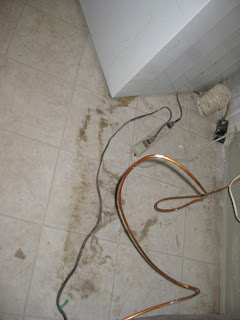 But every good projects comes with a really good mess in our house... 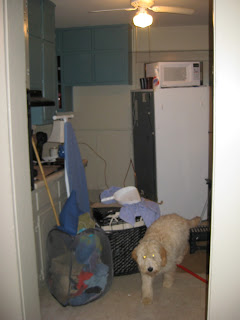 But it was all worth it, for some nice results.
Here's the new stuff... 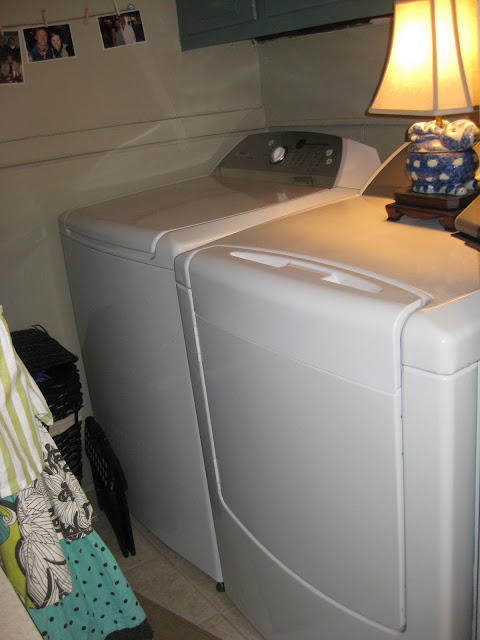 Nice and shiny!  And they have lots of good buttons and functions.
I have to say, I've always dreamed of having these in our house... 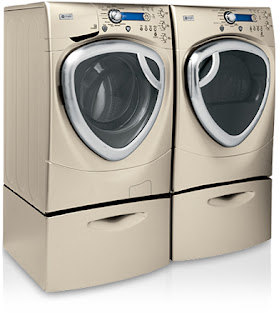 But I don't think that was really in the cards for us anyway.
We're excited enough just to have something from the new millennium, much less 2009!
We have hopes to enclose our washer and dryer to make a laundry room, so it won't matter than they aren't stainless like the rest of our appliances (eventually) will be.
Here's the recap.
Before: 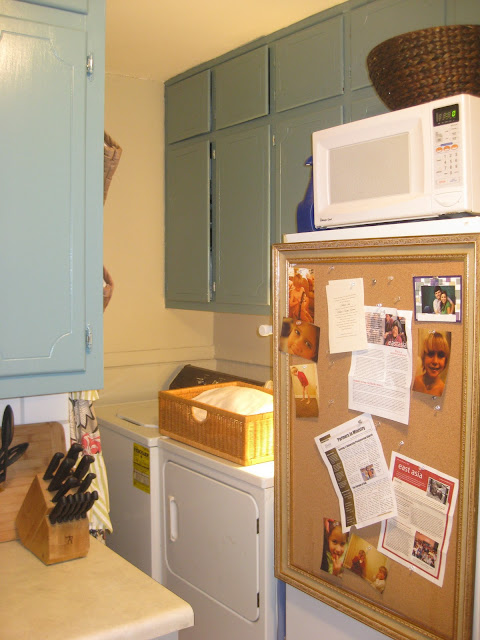 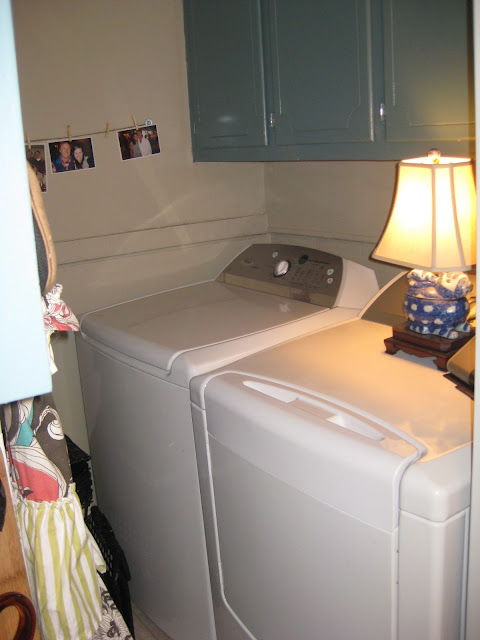 Now, on to the next part of our appliance trade off!  When my sister gets the fancy built-in refrigerator installed that we traded them, we'll drive over to MS and get the stainless steel fridge that is in their house now and we'll give them our white vinyl fridge to go in their garage.  Yipee!!!
Posted by Sara Walker