When Chris and I were engaged we were living in Tuscaloosa.  I was in summer school and he was working for Campus Crusade.  After the wedding, we planned to stay in Tuscaloosa and be on staff with Campus Crusade.  We would be moving into a rental house, owned by a friend.  They house was currently vacant, so our friend allowed us to go ahead and start setting up our things in the house so it would be ready after the wedding.
I would go over one afternoon and decorate a little.
Chris would go over another day and move some of his stuff in.
Needless to say...a clash of tastes was soon evident.  There were snide remarks flying back and forth about what would or WOULDN'T be so "fly in our new hizzy".
See, Chris, the bachelor, had this burning fear that he would be living in a girl's house...and not the other way around.  He'd seen my funky style of dressing, and worried that our house would be "over the top". He was hoping for a more normal, neutral abode.
Well, as the story goes...IT ALL HIT THE FAN when he saw an old fashioned looking box sitting in the dining room.
"What's in that box?" he asked.
"My grandmother's hats", I said calmly.
"Your grandmother's hats!?" he remarked back, "What are you going to do with them?!"
"I was thinking I would just sort of hang them all over this wall..." I answered.
"Are you serious!" Chris exclaimed!
Let me correct myself, it went on from there and THIS IS WHEN IT ALL HIT THE FAN.  To date, this remains the token decorating fight of all time.
Well, we didn't end up living in that house.  The landlord sold the house and we moved to Birmingham. We moved out all our belongings the week before our wedding, came back from our honeymoon, only to bounce from place to place for a month, then finally land in an apartment in Birmingham.  The full story is in this post.
Anyway, Chris and I had a year to cool down after the hat fiasco, and he grew to trust me and my decorating taste.  These days, I think he's quite fond of the hats in our dining room.
Anyway, here's the behind the scenes on the process...
-First, I chose the wall and centered up the chest where I wanted it.
-Then, I got a level and drew four level horizontal lines at equal distances apart.
-Next, I drew three vertical level lines at equal distances apart.
-This created a grid, and I would center my hats at each cross point. 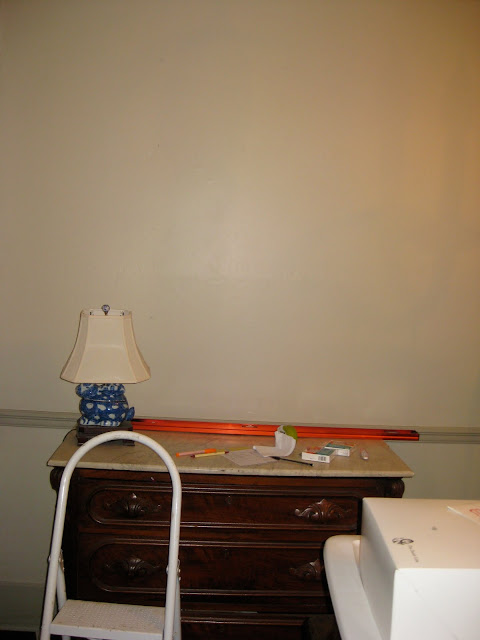 -I decided which hats I wanted to use and started laying them out on the floor to decide which one would go where. 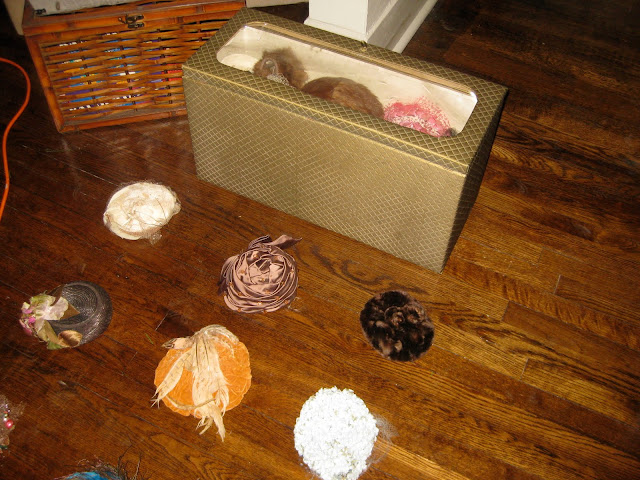 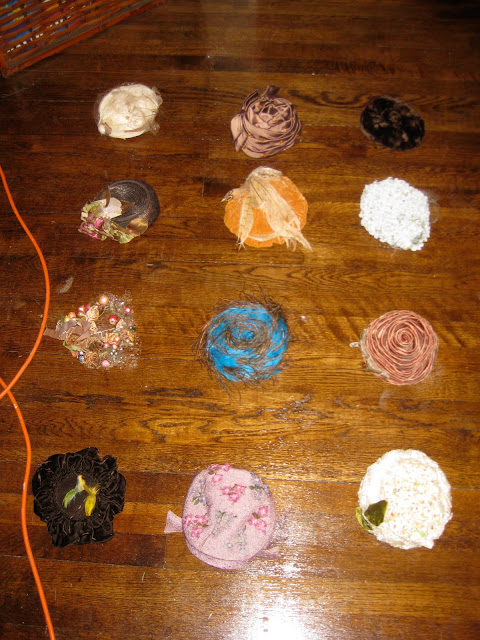 -When I had decided what hats would go where, I held the hats, centered over the cross points, then decided where my nail should go (each hat is different). 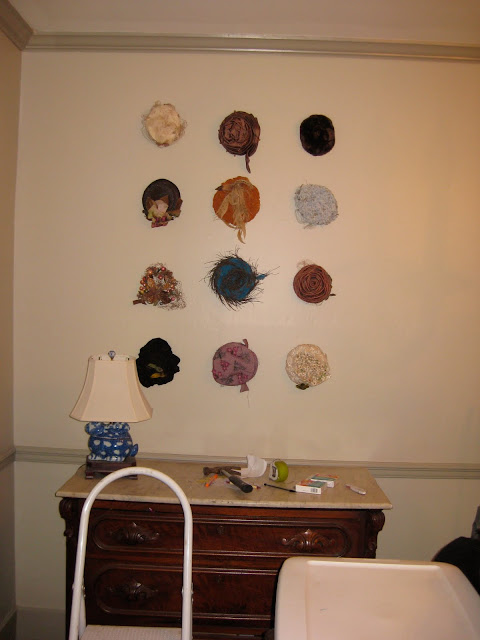 Then I styled the surface below.  I liked the contrast of all the silver tones, against all of the colorful hats. 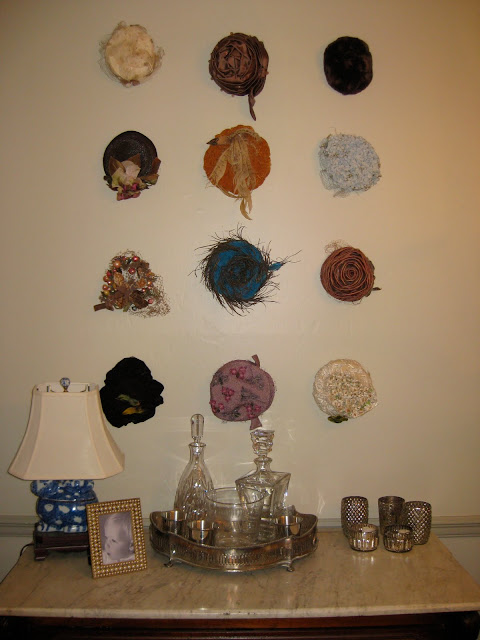 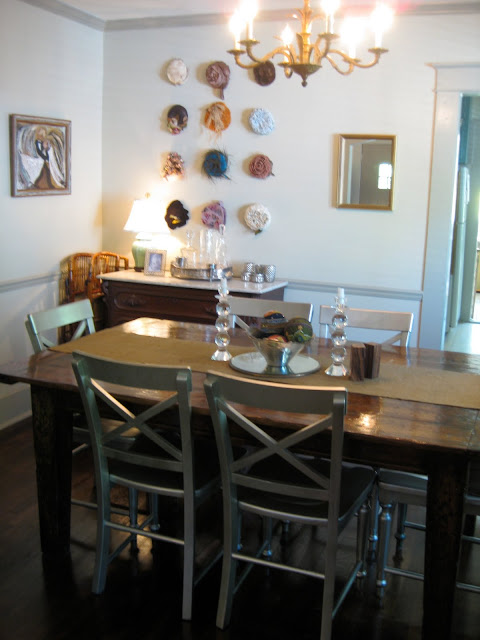 I hope you like it.  Thanks for reading!
Posted by Sara Walker